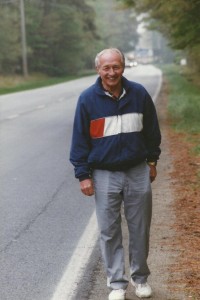 Yesterday, April 4, would have been my father’s birthday.  I lost my father, friend, and birding mentor in late 2000.  He was a large animal veterinarian for the State of Ohio.  He was also a birder since a very young boy.  It was his patience and steady temperament that made him not only a good birder, but an outstanding mentor.  His approach to birding was thorough and meticulous, yet still he conveyed quiet joy and passion for the hobby.

I enjoyed many of my fondest memories birding with him from boyhood until he could no longer get out to watch birds.  He didn’t have all the field guides and sound recordings that we have available to us birders today.  He learned his bird identification and bird song recognition by experience.  And I was the fortunate recipient of his careful mentoring and years of experience.

One of the last major birding trips we were able to make together was to South Texas in April, 1996.  I dug through some old photo albums and scanned a few to post here.  Here’s a picture from the Edwards Plateau of Central Texas.  We stopped at this park for a target bird, the Golden-cheeked Warbler.  And we were successful. 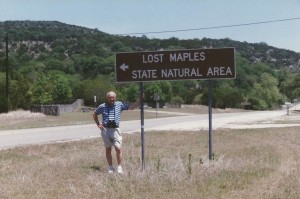 Here’s my dad at one of our favorite National Wildlife Refuges, Santa Ana NWR in the Rio Grande Valley of South Texas. 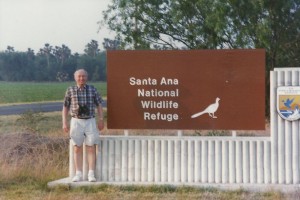 One of the crowning moments of the trip was a special life bird experience for my dad–the gawdy Green Jay.  We got close views at Sabal Palm.  And my father, in his own quiet way, said “Boy.  I’ve waited all my life to see this bird.”  I had heard him talk of Green Jays before.  It was one of his favorite birds.  So I asked him, when was the first time he had ever seen a picture of a Green Jay.  He told me, “When I was five.  I saw a picture on a card.”  Wow, I thought.  He’s waited 61 years for this moment.  Birding has to be the coolest hobby…ever.  Thanks, dad. 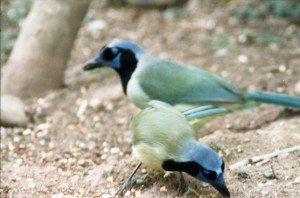 3 thoughts on “My Birding Mentor”